Easter is one of the busiest times of the year for PVE with the influx of pets sick from eating their owner’s treats. Canines and chocolate are one of the worst combinations, as Juno the Cavoodle discovered after she mistakenly ate her way through the Easter Bunny’s stash.

Juno’s mum Claudia had been out for a leisurely three-hour dinner. Happily full of delicious food, she returned home to find that Juno was as well… Remnants of a once large Oreo Easter egg and 10-15 solid miniature chocolate eggs, meant for Juno’s human sister, lay scattered around the floor. The sneaky but still ever-so-cute Cavoodle appeared to be fine but was increasingly hyperactive, restless and anxious. One might expect this sugar rush reaction in humans, but for dogs, this is an early sign of chocolate toxicity. 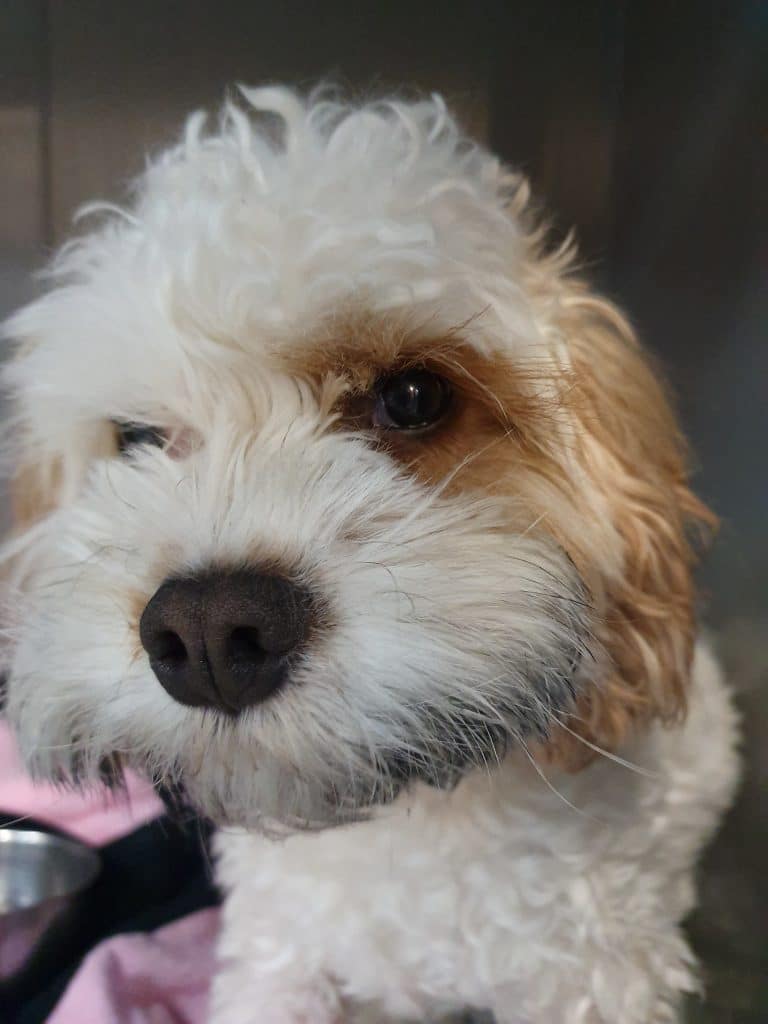 Despite Juno’s outwardly bright demeanour on arrival to PVE, her heart rate was rapidly increasing. Vomiting was induced with medication and some chocolate was produced, but not as much as expected. Given the large volume ingested, hospitalisation and monitoring were recommended by Dr Kim. Charcoal and anti-anxiety medication to relieve her restlessness was also administered, and potential severe symptoms of toxicity were discussed. Luckily Juno’s heart rate improved post sedation, and she remained stable overnight, although had ongoing anxiety and was not keen to eat at the hospital. A much more relaxed Juno returned home the following morning, no doubt to apologise to her human sister with cuddles. Let’s be honest though, who could stay mad at that little face!

Chocolate ingestion can be life-threatening. It can result in severe elevations in heart rate and abnormal heart rhythms, diarrhoea, and neurological signs like tremoring and seizures. Occasionally patients with severe intoxication will require intensive care in hospital. It is not uncommon for chocolate ingestion to result in gastrointestinal upset, and chronic complications such as pancreatitis. The best way to manage chocolate ingestion is to seek veterinary treatment straight away so none of the life-threatening symptoms of the toxicity have time to appear. If your pet has ingested chocolate, please contact Perth Vet Emergency on 1300 040 400 or your local vet immediately.