My Pet Has Eaten A Blowfish (Puffer Fish Poisoning In Dogs)

For many of us, summer in Western Australia is all about visits to the beach with our beloved pets. While a day at the beach means fun, sunbathing, and swimming, there are several hazards lurking for your dog. Blowfish, also known as puffer fish, is one of these potential dangers. Highly poisonous to dogs, blowfish are often found washed up along the beach or left on the jetty from a fisherman’s catch. Puffer fish poisoning in dogs is a case we see often in our hospital. It might just save your dog’s life to learn the signs and symptoms of puffer fish poisoning in dogs before going to the beach again.

How poisonous are blowfish (puffer fish)?

There have been 57 species of blowfish, also known as puffer fish and toadfish, recorded in Australia, with more than 25 reported in Western Australia. The common blowfish can be found mainly along Western Australia’s lower west coast, from Augusta to Kalbarri. But has also been spotted as far north as Coral Bay and as far east as Esperance.

Puffer fish have a deadly poison called tetrodotoxin, which is one of the most deadly natural poisons. The toxin is present on the puffer fish’s skin and internal organs. The toxin is about 1,200 times more poisonous than cyanide. Tetrodotoxin is so poisonous a lethal dose is smaller than a pinhead, with a single fish containing enough toxin to kill 30 people.

In Japan, fugu (puffer fish) is a high-end delicacy. Expert chefs prepare this delicacy in such a way diners only feel a tingle or numbness on their lips after eating them. Still, poisoning and even death is still known to occur.

Are dead puffer fish poisonous to dogs? Unfortunately yes. Puffer fish are poisonous, whether alive or dead. It doesn’t just have to be ingested to cause poisoning, even just chewing or licking the fish can induce a severe case of poisoning. Your dog may seem fine at first but without treatment will soon become paralysed. What are the blowfish poisoning symptoms?

Tetrodotoxin is an extremely quick-acting poison. Within minutes, symptoms of poisoning will begin to show, and after a couple of hours paralysis will set in. Puffer fish poisoning in dogs can be deadly. Fatality is possible within as short a period as an hour. Symptoms will then progress to:

Quickly signs and symptoms will become more severe to include:

How is puffer fish poisoning in dogs treated?

If you observe your dog licking or chewing on a blowfish, take them to the vet right away. Your veterinarian will conduct blood tests and other tests in order to assess the degree of poisoning. As there is no antidote for tetrodotoxin poisoning, treatment can consist of:

Many pets will recover in a day or two if given immediate treatment. The prognosis for puffer fish poisoning in dogs without treatment is grim, dogs who become paralysed are unlikely to recover.

If your pet has eaten a blowfish, or you suspect they have, contact your local veterinarian or Perth Vet Emergency right away. For more information about what is toxic to pets, visit our Pets and Poisons Guide. 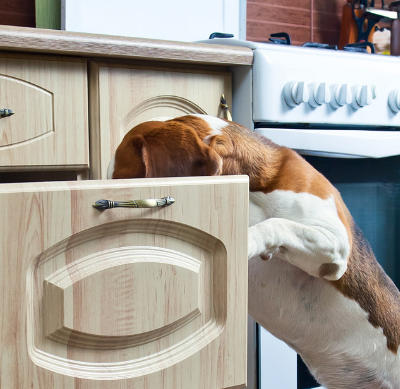