What To Do If Your Dog Has A Bloated Stomach 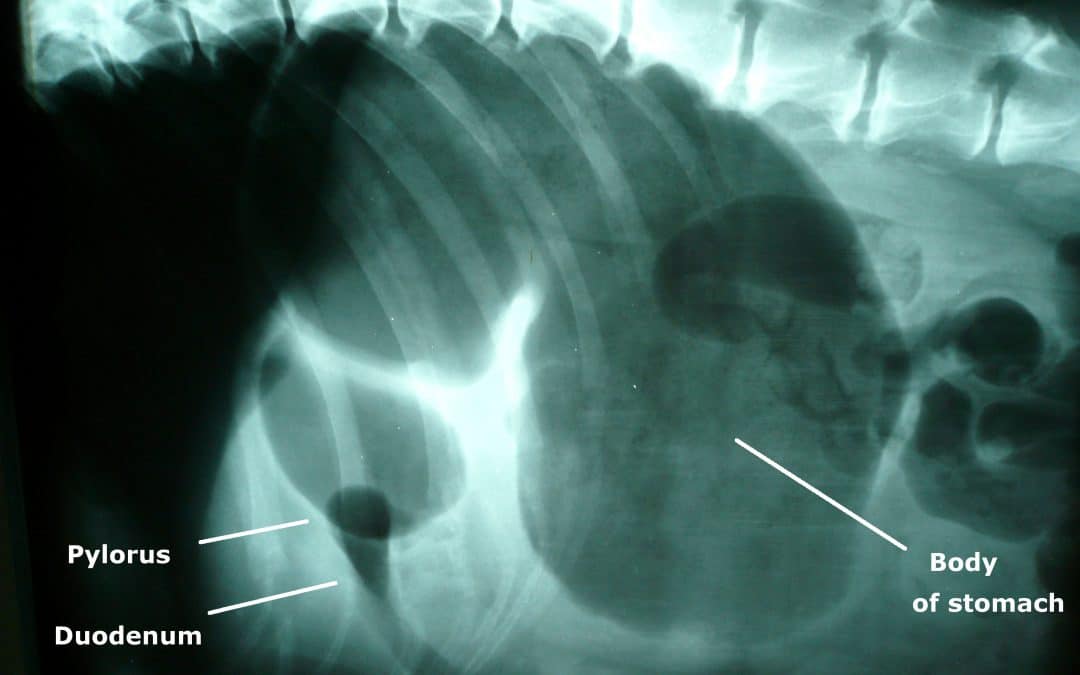 Symptoms and treatment for bloat also known as GDV

A distended stomach in a dog (bloat) can be a severe and life threatening condition and requires immediate veterinary attention. In most cases a stomach that is distended enough to be noticeable is accompanied by a 180 degree rotation of the stomach known as a volvulus or torsion. This leads to the condition being known as a GDV (Gastric Dilation with Volvulus). Large deep chested dogs are most commonly affected by this disease. The Great Dane, Golden Retriever, German Shepherd and Weimerana are just a few examples.

What are the symptoms of bloat?

Why is it a problem?

The major problem with a GDV is that the size of the stomach causes an obstruction to major blood vessels which limit the ability of the heart to pump blood around the body. The rotation of the stomach severely limits blood supply to both the stomach wall and the spleen and this can cause severe damage to both organs.

What to expect at the vet? When you arrive at the vet and a GDV is suspected, treatment will start immediately because it is important to de-rotate the stomach as quickly as possible to restore its blood supply. Some of these treatments will include:

Most cases that have only been twisted for a short period of time do well with surgery and recover without complications. Severe cases that have had bloat for a longer period of time may have part of their stomach wall die. During the surgery the damage to the stomach and the spleen is assessed and in some cases part of the stomach wall and spleen need to be removed. In the most severe cases when the entire stomach has been affected there is nothing that can be done and, sadly, euthanasia is recommended.

Pets need blood too! Click to find out if your pet can save lives by donating blood.